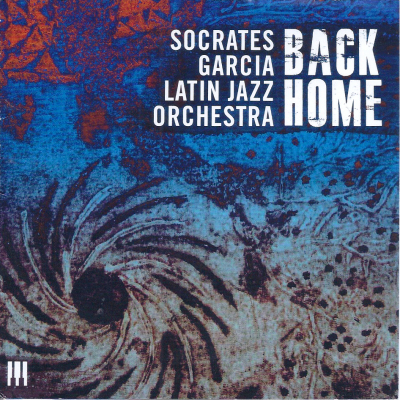 Back Home is simultaneously a point of arrival and departure (arriving to a place where I could combine my heritage with the aesthetics of jazz; departure, towards a promising future for this symbiotic relationship).

The music is in a way autobiographical and it was a “dream come true” to be able to record it.

Vantage Point is the gateway, my way of looking at the fusion of these musical elements. I decided to use the most emblematic Dominican genre, merengue, as the basis for the piece.

Calle el Conde takes me back to my childhood, walking on one of the historical streets of the DR. It is my recollection of the disparate group of people that used to hang there, a motley crew of artists, musicians, poets, and others, enjoying coffee and solving the world’s problems every night.

Celebration of the Butterflies is my homage to the memory of the Mirabal sisters, who were assassinated in Dominican Republic on November 25, 1960, under the dictatorship of Rafael Leonidas Trujillo. This day is known as the International Day for the Elimination of Violence against Women. By extension this piece represents my voice on non-violence against women.

Back Home is a brief journey through my musical career. It is based on a bachata, which is a genre worldwide known today. It grew, like the blues, from the underground, for years seen by many as second-class music. After the tenor solo, this piece takes a turn into a rock piece, reminiscent of my Heavy Metal music upbringing and then ends going back to bachata, completing one of the circles of my musical life (HM, Dominican music, Jazz).

The Dominican Suite was, actually, the spark that ignited the idea for the album.

Homage to Tavito is my way of honoring one of the most revered saxophonists in Dominican history, Tavito Vasquez, the “Charlie Parker of the Caribbean,” a master musician who combined seamlessly the Bebop tradition with Dominican merengue. I decided to harmonize one of his solos to include as part of the piece, kind of what Super Sax did with Charlie Parker’s solos. It was great hearing this solo come to life with this amazing sax section.

Bachata for Two is my way of saying thank you to my wife, Wanda. We have been “dancing” (I don’t really know how to dance) together for over 13 years, as partners in music and life.

When I was 3 or 4, there was a woman, Martina, who used to live across the street from my house. On certain holidays she used to play a genre of Dominican folk music called Palos or Atabales. It includes heavy drumming, singing, and usually large amounts of alcohol. The rhythms and the singing always fascinated me but at the same time it always scared me to see this big woman playing those gigantic drums (at least that’s what I remember being probably 2 feet tall). All of those memories gave me the idea to include this genre and intertwine it with jazz. From Across the Street is the only piece that includes vocals on the album.

It was an honor and a pleasure to work with this band, a combination of some of Dominican Republic’s finest musicians, advanced UNC students, and some of Colorado’s greatest. I’ll be eternally grateful for your effort and willingness to make these crazy ideas of mine come to fruition.

From Across the Street